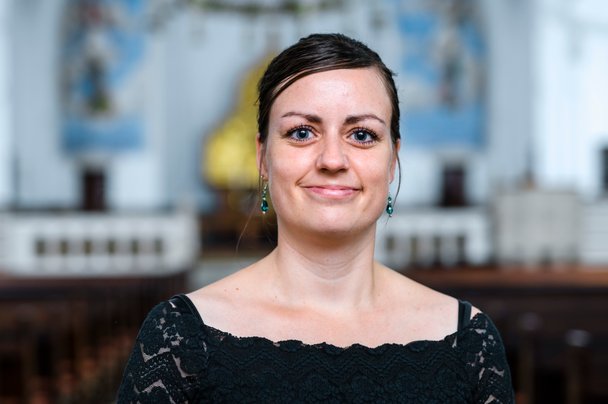 Tina Christiansen completed her Master's Degree with top marks in 2011 at The Royal Academy of Music in Aarhus, Denmark. Her teacher was Professor Ulrik Spang-Hanssen. After the Master, she studied for two years in the Advanced Soloist Class and finished with six concerts in Denmark in the summer 2013. Besides the studies in Aarhus she has also studied at Malmö Academy of Music in Sweden in the class of Anders Johnsson.

Tina is very active as a soloist and chamber musician and she has played concerts in Denmark, Norway, Sweden, The Faroe Islands, Poland, Germany, Austria, The Netherlands, England, Scotland, Italy, Spain, Hungary, Latvia and Russia (Siberia and The Far East Coast). More info here. In 2017 she was invited to play a solo recital in St Paul’s Cathedral in London and the final recital at London Organ Day 2017. She has also appeared as a soloist at concerts with Odense Symphony Orchestra and The Prince’s Music Corps.

Tina has received the Memorial Scholarship of Thoeger Rasmussen, The Ejnar Hansen Prize and the Music Scholarship of Viggo Makwarth and Veronika Makwarth.

Tina is the artistic director of Odense International Organ Festival and organist and director of music at Ansgar's Church in Odense, Denmark.